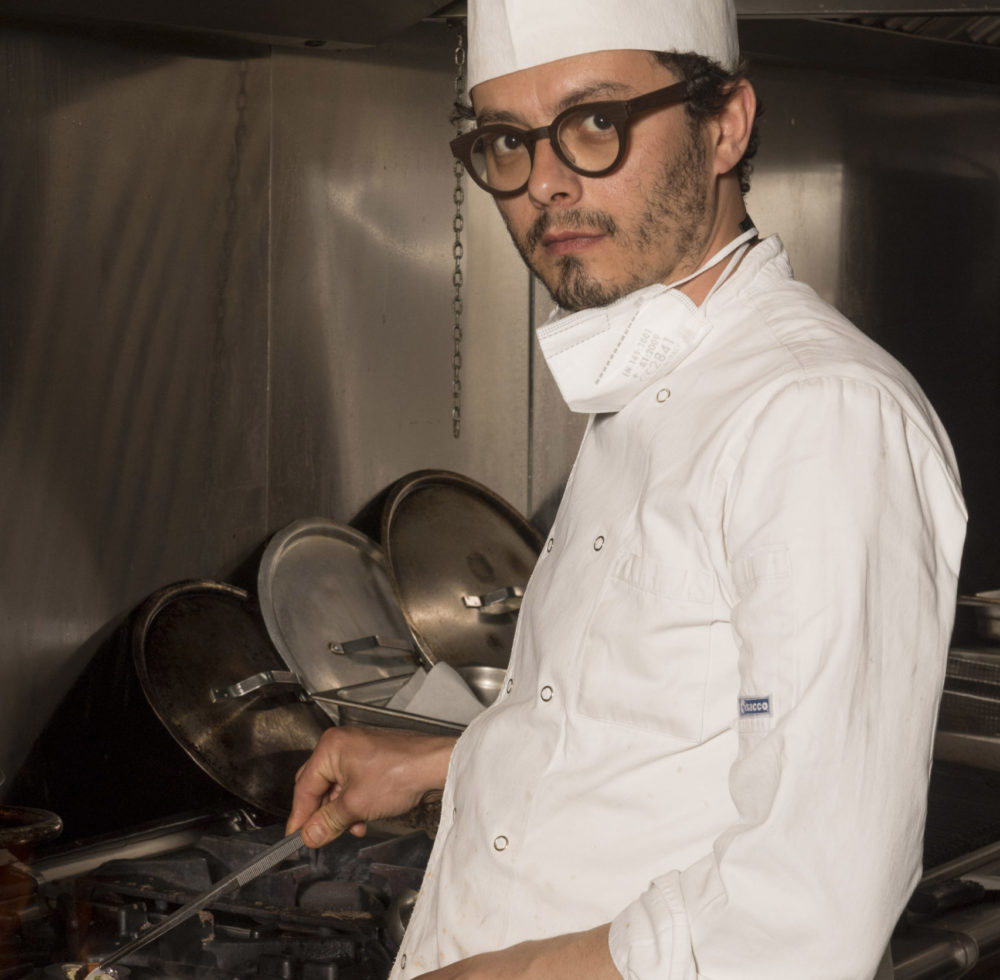 Chef
Wherever we are, we belong to a food community, our presence in the world requires interdependency. This is what direct contact with the Earth reveals to us.

Benoit who was still a student at the La Rochelle Hotel School, was unknowingly passing by his future restaurant on this little road between the sea and the mountains which was to take him to Rome. A few years later, after working with great French chefs: Bernard Loiseau, Alain Passard, Alain Ducasse and Guy Martin, he decided to open his own house. Attracted particularly by Spain, because of the language, and by Italy, from his origins, it is finally in Menton that he will be installed, at the Italian Border.

Receptions, cocktail parties, private dinners, openings, weddings… Benoit will custom-design a unique menu for your event, in a decor created especially for the occasion by professionals.

Together with his team Benoit will make this a memorable occasion, whether in a private villa, on board a yacht or in an unusual setting.

After honing his craft in a number of three-star restaurants, Benoit entered the world of luxury hotels, travelling the length and breadth of South East France, where he met Alain Ducasse. After heading up a family restaurant in Lyon, Benoit came to Paris to manage a small, yet hugely successful restaurant in the Latin quarter. It then that he was reunited with Ducasse, who in 2000 named him chef at Benoit and head of event catering for the hotel.